In Cuiellette v. City of Los Angeles, 194 Cal. App. 4th 757 (2011), the California Court of Appeal concluded that substantial evidence supported a $1,571,500 verdict in favor of plaintiff Rory Cuiellette, a former Los Angeles Police Department (LAPD) officer, on his claims of disability discrimination and failure to accommodate a disability under the California Fair Employment and Housing Act

In this case, the plaintiff had worked for the City of Los Angeles as a peace officer for several years until he was injured and placed on disability leave.  “After his workers compensation claim resolved with a finding of 100% disability, the City accepted his request to return to work in May 2003.  He worked less than five days before the City realized that he was ‘100% disabled’ and, on that basis, sent him home.”  Id. at 761.  Thereafter, plaintiff requested to be placed into a light-duty position that required only administrative work, and the City approved plaintiff’s request.  Id.  Despite performing well in this position for some time, his supervisor ultimately informed the plaintiff that “the City could not allow him to work because he was ‘100% disabled.’”  Id.

According to the trial court, “At that time, the City of Los Angeles had a longstanding policy and practice of allowing sworn officers to perform ‘light duty’ assignments that did not entail several essential functions of a peace officer such as making arrests, taking suspects into custody, and driving a police vehicle in emergency situations. . . . [The] marching orders [of one lieutenant] were to accommodate disabled officers by providing them with ‘light duty’ assignments.  During his tenure, the City accommodated hundreds of disabled officers [by] placing them in assignments that did not require any arrests, field work, or dangerous driving.”  Id.

Also according to the trial court, “The City’s evidence that it had a legitimate nondiscriminatory reason for displacing [the plaintiff] from the position—i.e., medical restrictions that made him unable to perform the ‘light duty’ assignment with or without accommodation—was not persuasive.  Although [one City employee] testified that he saw one or more documents detailing Plaintiff’s historical medical restrictions before deciding to send him home, the City was unable to identify or produce any such documents.  There was no indication, moreover, that the documents he reviewed reflected Plaintiff’s medical condition as of May, 2003.  The more persuasive evidence suggested that [the City employee] was more focused on the workers compensation administrator’s concern about re-employing Plaintiff than on any medical restrictions per se.  Cambridge Associates—a third party workers compensation claims administrator recently hired by the City for its expertise in managing workers compensation cases—instigated the decision to send Plaintiff home because of its concern that the City could not place someone in the workplace who, for purposes of workers compensation, was ‘100% disabled.’  There is a strong inference that [the City employee] and others involved in the decision deferred to Cambridge’s presumed expertise, not realizing that having already placed Plaintiff into the ‘light duty’ assignment, the City had an independent duty to comply with FEHA.”  Id. at 763-64.

Ultimately, the Court concluded that “[s]ubstantial evidence supports the trial court’s findings that defendant violated the FEHA when, in light of existing policies, it sent plaintiff home from work based on the 100 percent total permanent disability rating plaintiff received in the workers’ compensation proceeding and when it failed reasonably to accommodate plaintiff upon sending him home from work.”  Id. at 771.  “For purposes of a claimed failure reasonably to accommodate a disability, a ‘plaintiff proves he or she is a qualified individual by establishing that he or she can perform the essential functions of the position to which reassignment is sought, rather than the essential functions of the existing position.’  There was no showing or claim that assigning plaintiff to this position or that the policy then in effect caused an undue or unreasonable hardship to the LAPD.”  Id. at 771-72. 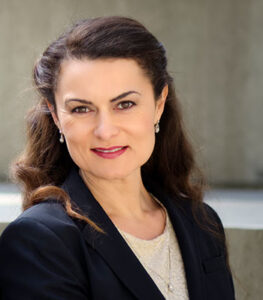 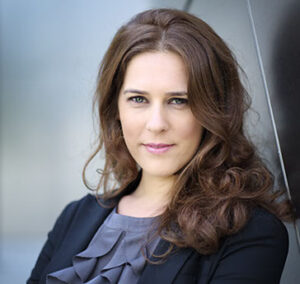